Research integrity interviews Series: “IF YOU CHEAT, THERE SHOULD BE A REFEREE WHO BLOWS THE WHISTLE AGAINST YOU” 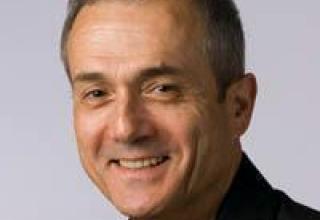 Professor Adrian Bejan, PhD is J. A. Jones Distinguished Professor of Engineering at Duke University and a well-known name in Physics and Engineering Science worldwide. His research areas include engineering science, heat transfer, convection, design and evolution in nature. In 2018 Dr. Bejan was awarded the Benjamin Franklin Medal by Franklin Institute of Philadelphia, a distinction for outstanding achievements in science, engineering and industry. Bejan’s name is now part of a distinguished gallery of laureates, such as Thomas Edison, Marie Curie, Stephen Hawking, Bill Gates and Albert Einstein. This summer, Professor Bejan was the recipient of the 2019 Humboldt Prize for Thermodynamics, awarded by the German Humboldt Foundation to internationally renowned scholars working outside of Germany. Bejan authored 30 books and more than 650 peer-reviewed papers, being one of the most highly cited scholars at Duke and worldwide in the field of engineering (all fields and all countries), according to the Institute for Scientific Information. In October 2018, his h-index is 91 on Google Scholar and 63 on the Web of Science. According to a recent data base[i], Bejan’s world impact is top 10 in Engineering worldwide, top 700 in all disciplines world-wide and top 10 of all scholars at Duke University.

Professor Bejan calls himself a “Romanian-American professor”. He emigrated from communist Romania in his early twenties and completed all his higher education – from Bachelor to MS and PhD - at MIT. Asked what the secret of his high achievements is, Bejan gives a straight answer: “The secret is my parents and the fact that I was raised under communism, which is the most murderous regime invented by man. My parents were against the regime (both imprisoned for that); they were also against fascism”.

Because the professor left Romania during the dictatorship of Nicolae Ceausescu – one of world’s most infamous  dictators - Bejan’s Romanian citizenship was removed and, for decades, he could not be in touch with the parents he loved and cherished. His memories about them and their impact on his life are fresh and strong: “When I was 7, my father told me one evening:  “If you want to grow up happy with who you are, so that you do not envy people who are smarter and richer than you, then when you start going to school you should work as hard and get grades as high as the kids next door and across the street.”

I was playing in the street with my neighbors, and in school I noticed that they were very good at everything, from math and chess to the piano and foreign languages. I went with the flow, I became like them, and year after year I recognized my parents’ wisdom and life example. That’s culture, and I was very lucky to get it early and in circumstances so bitter that they are impossible to forget. That’s the secret.”

Emilia Chiscop-Head: What does integrity mean to you?

Adrian Bejan: Do not cheat. If you cheat, there should be a referee who blows the whistle against you. If you cheat again, the referee should throw you out of the game. If you cheat yet again, you should be banned from the game for life.

Cheating has many victims: students who are taught untruths, scientists who are robbed of the credit for their original ideas, and universities and countries that fall into disrepute because they are loaded with and run by cheaters.

E.C.H.: You recently wrote an article in the prestigious ASEE Prism magazine about plagiarism. How do you think that academic and scientific institutions should handle plagiarism and other forms of misconduct?

A.B.: My Prism article is called “Plagiarism is not a victimless crime”[ii] and I recommend it to everybody who is honest about protecting scientific integrity. My article has 14 independent references full of alarm bells.

Before Prism, I had published ten peer-reviewed scientific articles about specific instances related to misconduct.

How institutions and administrators should handle plagiarism is spelled out in my Prism article:

(a) Do not threaten the professor who seeks your help because his intellectual property was stolen.

(b) Punish the thief, not the victim of plagiarism. Sue the thief to retract his publications. Sue the publisher to retract the work of the plagiarist. Administrators who collude with the thief in the name of “peace and quiet” should be replaced.

A.B.: My field is science, because engineering is one of the sciences, the science of useful phenomena and devices. There are two types of misconduct:

False science (repeated claims based on assumptions that are known to be untrue), fake science (results that are made up, and cannot be verified), and outright disinformation (organized publishing that disseminates false and fake science to inflate the fame and volume of citations of a group, university and fatherland).
Unoriginal work presented as novel work, which is known broadly as plagiarism.

Both types are killing science, and this is where an American university must step up to fight.

E.C.H.: Do you have a suggestion about how Duke can contribute to enhancing research integrity culture?

A.B.: Answers to this question are spelled out in my Prism article, for example:

(e) Duke should make public the cases of plagiarism that impacted members of Duke, and should disclose how each case was resolved and by which administrator.

(f) Duke should encourage the victims of plagiarism to come forward. If Duke does not do this, then a “me too” victim movement will emerge naturally, in the national press, and it will damage Duke.

(g) Administrators should seek the advice of professors who suffered personally because of lack of integrity and plagiarism, not the advice of people who do not know how it feels.

A.B.: Here is what I learned about training students during my career:

So, the only way to train the next generation about research integrity is for every professor to fight loudly, in public and in print, against concrete cases of cheating and against administrators who prefer not to be bothered by victims who bring them bad news.

E.C.H.: You wrote about the constructal law of design and evolution in nature[iii]. How this theory has been born? How is your theory different or more credible than others?

A.B.: The physics domain of my work is thermodynamics, which is the science of power from heating (fuel, food) and the movement driven by that power. Thermodynamics rules over everything that is, bio and non-bio. It rests on two legs, the first law (the conservation of energy, as in what goes up must come down) and the second law (the law of irreversibility, or everything by itself flows from high to low, one way).

The two laws are universally applicable, yet they do not capture nature completely. Nature, in addition to conservation and irreversibility, has evolution, i.e., configurations that change (they morph) in a discernible time direction. The law of evolution in everything (as physics) that covers the phenomena not covered by the first and second laws is the constructal law of 1996.

Constructal law is the short name for the universal (i.e., physics) tendency of flow systems to evolve with freedom toward configurations that offer access to what flows. This is the law of physics of evolution, or design change, everywhere, animate, inanimate, human made and not human made. Examples are truly everywhere, from river basins and animal design to the trees of air traffic and snowflakes.

Constructal law is a law of physics, not a theory. The difference between law and theory is this:

If one invokes the constructal law to predict a particular phenomenon in nature such as animal locomotion, then one creates the constructal theory of animal locomotion. If one invokes the law to predict the architecture of river basins of all sizes, then one creates the theory of river basins. The law is one, and the theories are as many as the natural phenomena that are predicted by invoking the law.

E.C.H.: You used to be a professional basketball player. What sport taught you about doing science?

A.B.: In school I excelled in math olympiads, art (drawing) and athletics, especially basketball. During my last three and a half years in Romania I played on a top team in the top league. During my last year, I made the national select. As I look back, I was the way my parents advised me at age 7.

I found very early that to train in mathematics is exactly the same as in art and in basketball: for pleasure and the satisfaction of going to bed convinced that I did the most and best every day.

Basketball had a huge impact on my vision of how evolution and social organization happen naturally. In a team sport every player wants the same thing, to succeed. Out of individual urge emerges the organization, the hierarchy, the team, the game plan, the game played, won or lost.

Note: The opinions expressed in this rubric belong exclusively to those we interviewed and do not represent the official point of view of the Duke Office of Scientific Integrity.

This interview is part of a series of interviews with renowned scholars, scientists and influential leaders invited to share their outstanding work and views on topics related to research integrity.