Research Integrity Interviews Series: “It is only a matter of time for climate change to be ubiquitously accepted as self-evident” 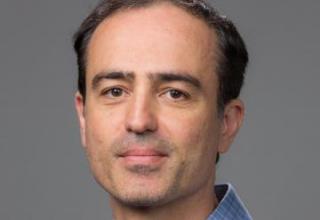 Nicolas Cassar is a professor of biogeochemistry at Duke University’s Nicholas School of the Environment, and since March, 2019, he has served as the Senior Associate Dean for Research and Doctoral Programs.

He leads the Cassar Lab for Biogeochemistry & Ecophysiology, with a research focus on the oceanic uptake of atmospheric carbon dioxide - one of the major determinants of the climate's long-term response to emissions from fossil fuel burning and deforestation. Cassar has received funding from the National Science Foundation (NSF) and the National Atmospheric and Oceanic Administration, and been published more than 60 times in Science, Nature Communications and other influential peer-reviewed journals.

Last summer (or ‘In YEAR’), Dr. Cassar was among four Duke Faculty awarded the Presidential Early Career Award for Scientists and Engineers by the White House.The award is considered by NSF as the “highest honor bestowed by the U.S. government on outstanding scientists and engineers beginning their independent careers.”  In 2014, Cassar was awarded an NSF CAREER grant and in 2016 he was named an International Chair of Excellence at Laboratoire des Sciences de l’Environment Marin at the Institut Universitaire Européen de la Mer in Brest, France.

- Emilia Chiscop-Head: Professor Cassar, I read that you are widely recognized for your research on the oceanic uptake of carbon dioxide, which is one of the major determinants of the climate’s long-term response to fuel emissions. How would you describe the social impact of your research to a non-specialized audience?

- Nicolas Cassar: My lab studies how ocean chemistry and biology impacts the flux of major elements, including carbon, between the atmosphere and the oceans. Since the beginning of the industrial revolution, the oceans have taken up a significant fraction of the carbon dioxide we have emitted to the atmosphere. When in excess, this carbon dioxide changes the “chemistry” of our oceans, causing acidification. Changes to ocean chemistry effects everything from the smallest microorganisms such as plankton, to the fish much of the world depends on for food. Conversely, chemical and biological processes occurring in the oceans modulate climate, and climate change. Many people are familiar with the role of the atmosphere in climate change, but most don’t know the critical role that our oceans play in regulating climate.

- ECH: Communicating the broader social impacts of research and making recommendations based on research are key elements for effective science communication and for increasing the impact of science. What is your advice for those who want to communicate science responsibly without crossing the ethical boundary between research, advocacy and political engagement?

- NC: This is a difficult balance for which I don’t have a panacea. I am comfortable reporting science. I would say that on the spectrum from research to political engagement, communicating science to the general public is as far as I personally feel comfortable venturing. Even then, this takes me out of my comfort zone compared to simply reporting science because it requires some approximations and simplifications. However, I don’t think that a single recipe fits all.

- ECH: What does research integrity mean to you?

- NC: Research integrity means that anyone who reads my work can have both trust and confidence that what I am reporting is accurate. That my lab has described the scientific methods in sufficient detail that the results can be reproduced. And finally, that my lab’s data are openly accessible, and that all our experiments are thoroughly documented.

- ECH: How do you feel as a researcher of the environment in a time when the anti-science movement and particularly anti-climate change movement seem to have been intensified? How do you think that scientists could or should counteract these perceptions?

- NC: Scientific truth often evolves by convergence of evidence. Throughout history, new paradigms generally have gone through the same process of evolution toward societal adoption. As the German philosopher Arthur Schopenhauer stated, “All truth passes through three stages. First, it is ridiculed. Second, it is violently opposed. Third, it is accepted as being self-evident.” When it comes to climate change, the mounting convergence of independent evidence is undeniable. Our duty is to provide society with the highest-quality research to inform change. It is only a matter of time for climate change to be ubiquitously accepted as self-evident.

- ECH: How do you see the importance of research integrity in the context of the science mistrust and anti-science movement?

- NC: The science mistrust and anti-science movement have in part been fueled by research misconduct. Unfortunately, cases of research misconduct have a disproportionate impact on public trust in science. Research integrity is therefore paramount.

- ECH: How do you see the role of mentoring in research?

- NC: Other than publications, mentoring is one of the long-term legacies of our research endeavor.

- ECH: How can we best train the next generation about research integrity?

- NC: We should model research integrity and compliance. Our trainees should be taught that the ends don’t justify the means when it comes to academic success. In fact, research integrity is a means to research success (necessary, albeit not sufficient!).